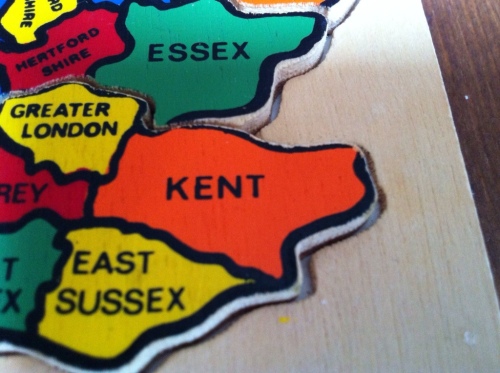 Craig Mackinlay was chosen as the Conservative candidate, from a strong field revealed by Mark Reckless MP on an article on Conservative Home. In Mark’s words the candidates were…

TopOfTheCops has further comment on this strong field here.

Harriet Yeo, a Union rep on Labour’s National Executive Committee, is the Labour candidate beating Steve Bates, a former special advisor to John Reid when he was Home Secretary, by 711 votes to 241.

Maidstone buy-to-let millionaire Fergus Wilson declared as an independent. He was focussing on making the force cost effective and saw speeding motorists as a potential revenue earner, but stood down when he learned the scale of budgetary challenge for the PCC.

The Whitstable Times reported that local man Ken Little has a 20 point plan to implement should he successfully be elected Commissioner. This was the same Ken Little mentioned here in the comments displaying much of the text then reused in the later article. The 20 points are very varied and occasionally curious (e.g. “Signs outside public buildings such as churches or schools to say when building work is not being carried out, to alert the public to the actions of thieves and vandals”) seeming, er, a lot more tactical than strategic at this point. Some of the material suggests perhaps a history of a complaint against the police that has not been resolved to Mr Little’s satisfaction. He did not stand in the end.

In a similar vein Fran Croucher, a police officer accused by Kent police of inventing a tale about an assault, before being tried and cleared in court, resigned from the police and said that she wanted to be considered for the post. Wouldn’t that be fun for the Chief Constable? Kent police say “It would be inappropriate for Kent Police to comment on anyone’s plans to stand for political office- that is a matter for the people of Kent at the ballot box and the force does not comment on that democratic process.”

The Kent police authority could have done with remembering that. They have a page on their site about Police and Crime Commissioners, something they really didn’t want to be coming into existence, resulting in some being told off about their use of public funds in campaigning against the new reform. Fran Croucher had a website, but withdrew and campaigncroucher.co.uk is now blank.

The remaining paragraphs are in italics, covering as they do candidates who were not selected, and are here for historical interest.

One of the first to declare was Colonel Tim Collins, wheeled out at th 2011 Conservative Party Conference as the PCC poster-boy of what candidates should look like and, after some injudicious comments about how much of his time the role might take, he has withdrawn from the race, citing his unavailability for all the meetings in the selection process!

He wanted a greater role for the police in running the force, an overhaul of the Special Constabulary with Council Tax discounts for those voluntary officers, a top 10 wanted list of local criminals, faster justice and a better deal for victims. Colonel Collins courted controversy for suggesting the job would likely be part-time. On 1 March this report suggested he had the backing of Kent MPs, the Home Secretary and the Prime Minister.

Councillor Mike O’Brien was rumoured as interested in the Conservative nomination, leading to comments from a local politician on the other side. (hat-tip Jon Collins). He confirmed his interest and has a website, but did not make it to the local shortlist.

Medway Councillor Craig MacKinlay was also reported to be in the running. As you’ll see from the comments section below, and this website, that wasn’t just a rumour. County Councillor Bryan Sweetland had joined the race (also here), Thanet Councillor Jo Gideon and former Gravesham MP Jacques Arnold were reportedly also being considered.