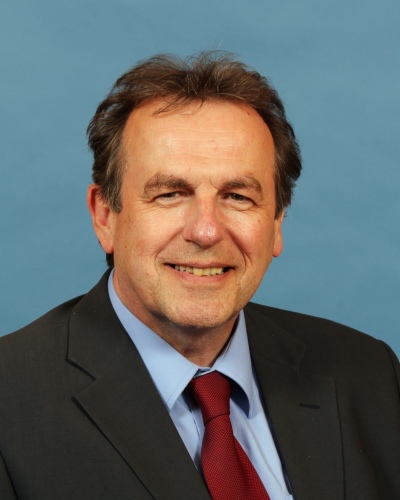 Councillor Barry Coppinger is seeking the Labour nomination to be the Police and Crime Commissioner for Cleveland. If you are intending to stand to be Police and Crime Commissioner where you live, you can submit your own Candidate Statement, so get in touch. Others are on the way, and we are looking for 400 words, a photo (of you!) that you have rights to, and preferably an imprint, which will be needed for the formal election period later this year.​

After much deliberation and discussion with colleagues across the area, I have decided to seek the Labour nomination as the Elected Police Commissioner for the Cleveland Force area.

Whatever reservations might be felt over the move to Elected Commissioners, they will become a reality later this year. I believe it is vital Labour has a credible, locally-based candidate with the experience and track record to, firstly, win the election campaign and then work with the Chief Constable and the Force, the local authorities, the rest of the criminal justice system, other partners – and above all local people – to ensure we build on the progress made in recent years in driving down crime and anti-social behaviour…and making people feel safer on their streets and in their homes.

I have over 25 years’ experience as an active Party member and councillor in this area and can bring to the role of Commissioner a wide range of experience, including: as a member of the Police Authority; an Executive councillor for Community Protection; Chair of a Crime and Disorder Reduction Partnership; and Chair of Cleveland Joint Emergency Planning Committee – as well as involvement in development of many local community-based projects, such as: Community Justice; the roll-out of alley gates; and setting up a Neighbourhood Policing community awards scheme.

My experience of many election campaigns in the area will stand me in good stead for working with colleagues in taking a strong and positive Labour message out to the half million people served by Cleveland Police.

The Police Commissioner must have local knowledge, experience and skills to articulate to local people; to the media; and, when required, to local MPs and Ministers; a comprehensive and workable Labour approach to the office of Police & Crime Commissioner.

The Commissioner must ensure, at a time when policing is facing unprecedented financial challenges, that resources are concentrated on the ‘sharp end’ – whether that be tackling local neighbourhood issues, or tackling organised crime and anti-terrorism activities – rather than costly and often unnecessary bureaucracy.

My approach is based around the following priorities:

1. Retaining and developing Neighbourhood Policing (which I led on introducing for the Police Authority)
2. Delivering a better deal for Victims & Witnesses
3. Helping divert people from offending – and a renewed focus on rehabilitation/preventing re-offending
4. Ensuring better co-ordination, communication and partnership between agencies – to make the best use of resources
5. Respecting and valuing those who deliver community safety services and encouraging good community and industrial relations.

I have advised fellow Labour councillors of my decision to seek nomination, and hope to meet and speak with as many party members as possible over the next few weeks.

Like Loading...
This entry was posted in Candidate Statements, Labour and tagged Barry Coppinger, Cleveland, Labour, Police and Crime Commissioner. Bookmark the permalink.