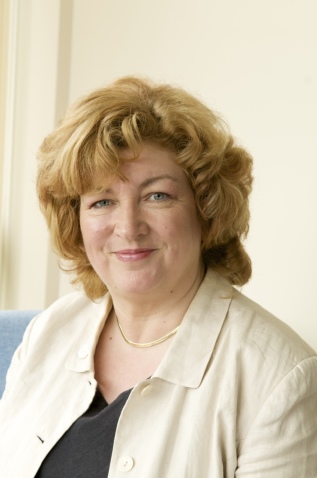 Miranda Carruthers-Watt is the Chief Executive of Lancashire Police Authority, which has a groundbreaking PCC Website. Here she gives her account of yesterday's Association of Police and Crime Commissioners Briefing Day.

Well done to the APCC – the event was well organised and well chaired by Cllr Simon Duckworth DL from the City of London Police Authority – part of the over 30% of policing that will continue to operate without a PCC in November.

As a chief executive, preparing for the transition to police and crime commissioners is one of my key objectives at the minute – linking the national needs and requirements on policing with local delivery and issues remains key for all police forces so commissioners will want to take a strategic look at this when they are elected.

It was extremely useful to hear from a number of key national bodies and individuals who reminded candidates of some of the parts of the role that they will need to give careful thought to when identifying their priorities – this included national issues and those concerning policing of serious and organised crime and counter-terrorism and showing the strong local emphasis and impact that these issues have on forces.

Ashley Ames of IPSOS MORI gave some food for thought about different perception of local and national priorities. Cllr Mehboob Khan from the Local Government Association made some very sensible suggestions about working with local authority colleagues and pledged support from local government for incoming PCC's.

Baroness Helen Newlove reminded all of us that a huge part of these new reforms is to make sure victims voices are heard and Zoe Billingham from the HMIC talked about how they would be able to make sure that PCC's had good information to set effective strategic police and crime plans and hold forces to account for delivery.

We heard from the new Director General of the National Crime Agency who outlined some of his plans for working effectively across boundaries – and with PCC's in the world of serious and organised crime.

The Director General of Counter Terrorism from MI5 also did an open briefing on CT – he referred to and said he would not disagree with the conjecture in the RUSI report that suggested that at least 40 actual or potential threats to the UK had existed in the last 10 years since the September 11 attacks.

There were some good interactive workshops, I went to one led by Sir Dennis O'Connor outgoing Chief Inspector of Policing who spoke about the importance of evidence led policing and said that too many initiatives for cutting crime had no evidence behind them to say that they were effective. Other workshops included opportunities for working with the criminal justice service, policing in austere times, digital engagement with the public and the first 100 days and opportunities for commissioning – I chaired this in the afternoon (late-sub) and was very interested in the range of issues prospective candidates raised – from whether they would have enough support or how much of their budget they could use to commission services to how they were planning to consult local people.

Finally, and with some hard hitting information Assistant Commissioner Cressida Dick spoke about how PCC's can be involved in oversight of Counter – Terrorism and will be represented on relevant oversight boards.

I'd recommend a look at the presentations on the website and I would suggest that people take up the HMIC offer of 1 to 1 briefings from the HMIC. Very useful information especially for people who are coming to this role from non-policing or police authority backgrounds.

It also raised some interesting questions regarding the range of national issues that commissioners are being asked to get involved with and how they might choose to work together to make sure that they have the most impact.

APCC confirmed that the Home Office is planning an event for commissioners on 12th December – it will be interesting to see how they decide they want to work together.

Roll on 16th November – looking forward to the new landscape!